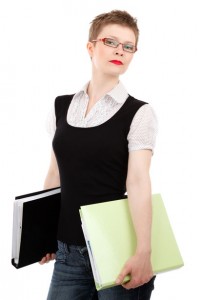 There is Good News Though…

South Africa is the Rainbow Nation and aside from the diversity in the environment and culture, it is also seen in the job market: from estate agents to financial gurus, diversity is on the increase. In the recent years because of the growth spurt in the economy, a new social class was born comprised of the “new rich.” They aren’t talked about often but they are very visible in high end places and cities.

Unfortunately, many of those who belong to the new rich are accused openly or behind closed doors of being corrupt, tax evaders, or related to one or the other. Many of them have their own business now and called a local term, “tenderpreneurs.” This refers to people who have closed lucrative deals through connections and affiliations with the powers-that-be.

On the other end are the 9 to 5 workers and business owners who do their best to work within the parameters of the law. In fact just this January, the South African Institute on Race Relations issued a statement that many South African workers bear the responsibility for a number of dependants. The current ration for every worker is almost 3:1 which means the take home pay has to stretch so tight to make ends meet. The group cited the miners who either lost their jobs or died in the wildcat strikes. Many of them had 5 to 6 dependents including parents, sibling, and grandparents. The striking fact is that the ratio increases with the black South African worker and this leads to many social problems.

While there are many open positions being advertised in local papers and online sites, employers are more inclined to choose someone who has a good education, excellent family background, a stable personal life, and some kind of connection. In addition, many applicants with inadequate basic education (even if they possess a diploma) will not show the proper decorum when applying for a job – and this lowers their chances of getting hired.

Many workers and job hunters feel that the government is not doing enough to help them. The public education system needs to be improved. If the South African youth are taught skills and encourage considering self-employment, it would help the economy grow faster and less dependent on politicians and corruption.

Hundreds are forced into manual labor because of lack of experience or connections. In a survey by Human Science Research Council, 60% of South Africans do not trust the police. One of the reasons cited by the CIA World Factbook states that “many people (South Africans) apply to become police officials … because they view policing as a job” with minimum requirements.  The police force is one of the very few options open to the unemployed with no work experience or fresh high school graduates, even if they do not have suitable characteristics to be a policeman. In short, many South Africans desperate for work will do anything to get a regular income even if it does not suit their skills or preferences. This eventually leads to poor work habits, disinterest in the job, and eventually back to being unemployed.

According to employers in the top 5 industries in the country, there are shortages in engineering and technical workers. There is also a demand for workers skilled to work in oil and gas, renewable energy companies, and tourism. To read further into the matter of how job demand works, one can buy textbooks online that cover the topic in good detail.

ManpowerGroup South Africa recently mentioned in an interview that there is a demand for drivers, accountants, teachers, chefs, doctors, machinists, and administrative assistants. If the schools would urge students to enroll in basic training for any of these skills, they have a higher chance of getting hired.